The Acropolis is the most famous historic site in all of Athens. But unless you're really into ruins, you might want to skip it.

We spent our first couple of days in Athens doing a bunch of other things, like seeing other sites around the city center, enjoying good vegan food, and tasting Greek wines. 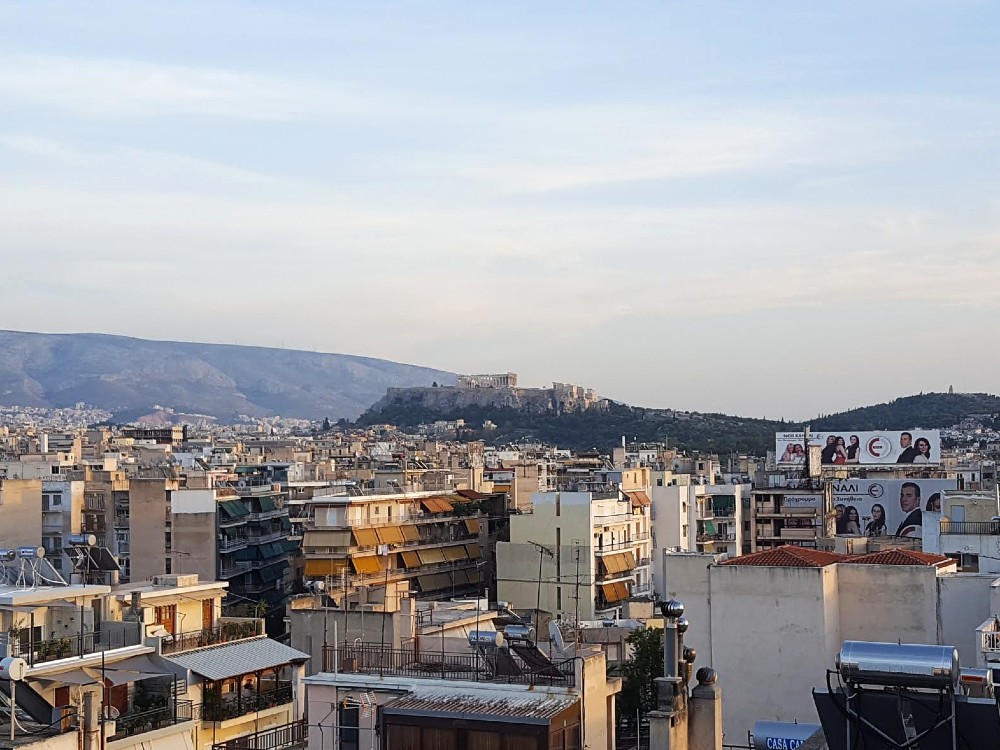 We eventually did commit to going to the Acropolis, and we chose to do so early enough so as to avoid the hoard of tourists that inevitably show up. Even so, the place was packed with people—a lot of them coming off of cruise ships that shuttle passengers directly to the center of Athens at the base of the Acropolis. 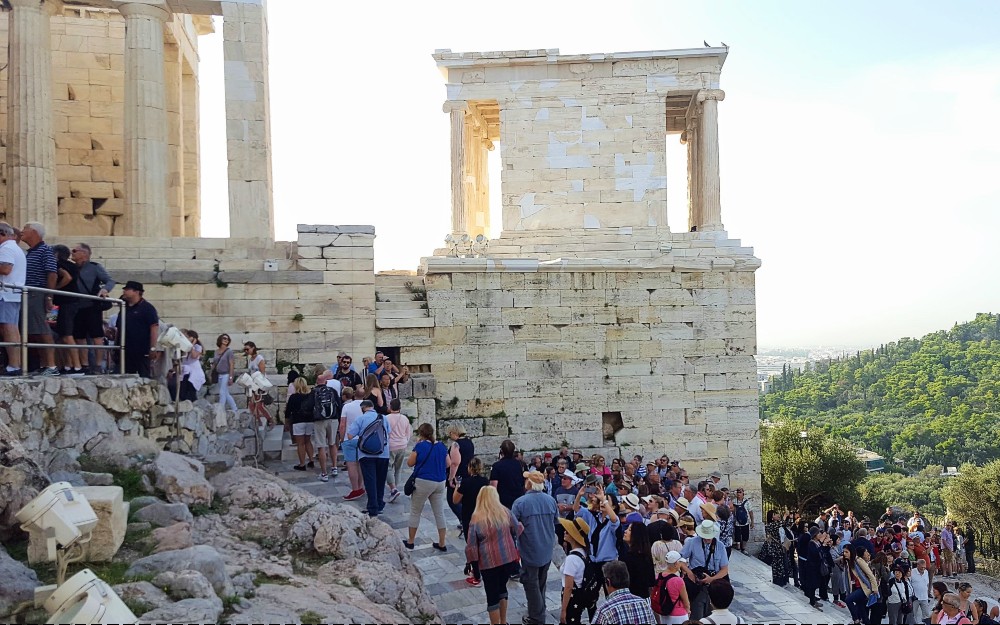 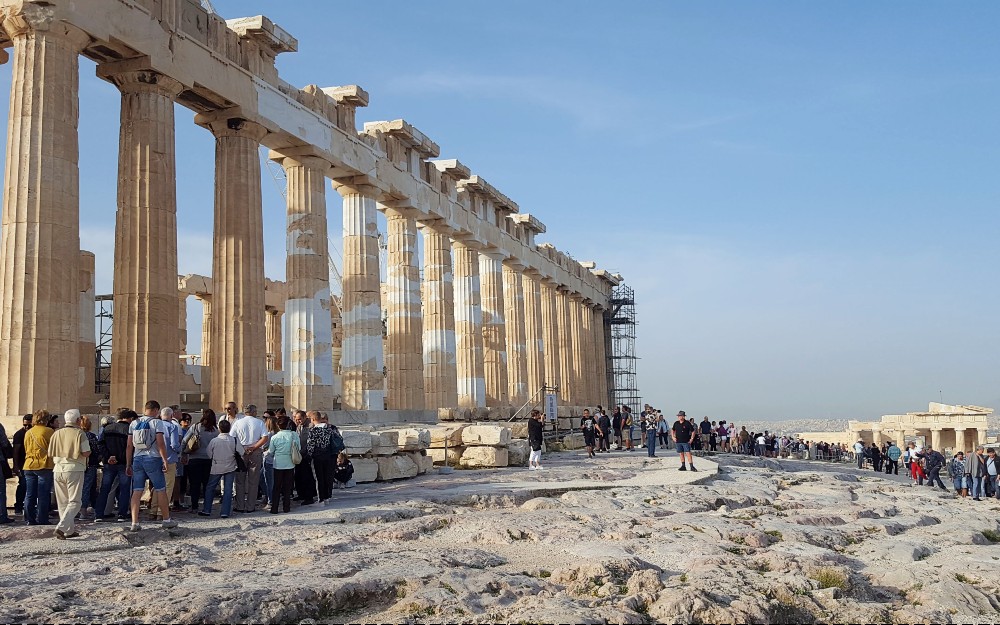 We enjoyed the Acropolis Museum more than the Acropolis itself. This provided more of a timeline of Ancient Greek culture, progressing from more archaic representations through artwork and sculptures to the full-fledged life-like statues that influenced cultures throughout Europe and throughout the world.

Rather than visiting the Acropolis, we would recommend visiting some other historic sites in Athens instead: the ruins of the temple of Zeus, the Agora, and the numerous free ruins you can find spread throughout city. The best way to experience these ruins would be through one of the numerous free walking tours available, typically arranged to take larger groups and supported by tips/donations. Our guide was super good and knowledgeable and we gave twenty Euros for the two of us. 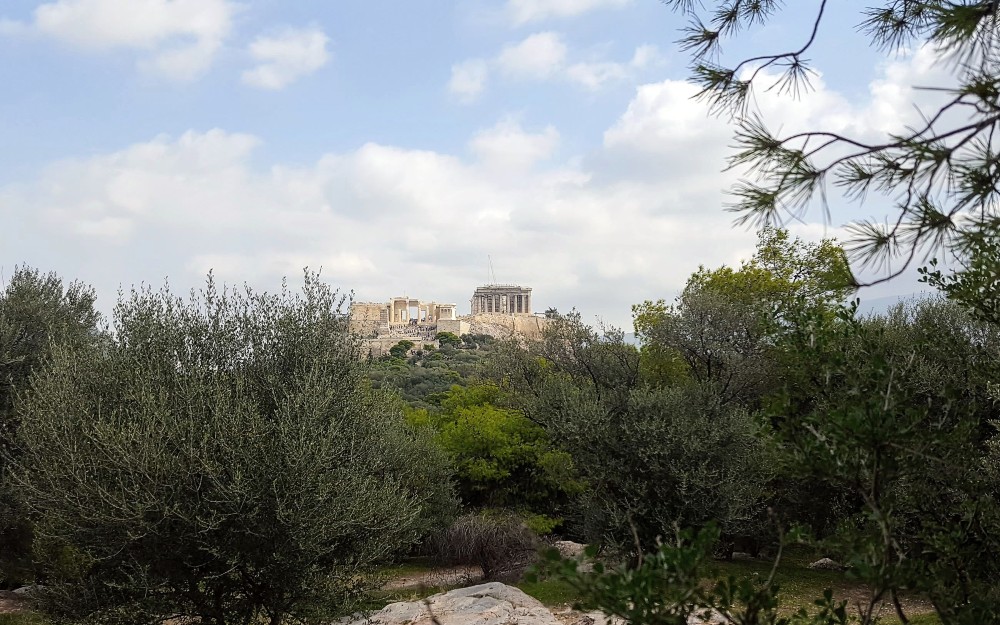 The walking tour of Ancient Athens gave us a great overview of Ancient Athens' history and the many other ruins outside of the Acropolis. As you can imagine, there's an almost unspeakable amount of history in this ancient city, and much of it has been lost. Modern Athens is itself built upon a layer of Roman ruins, were themselves built upon a layer of Greek ruins. This means any demolished building instantly becomes an archaeological site, with more artifacts emerging the further down you dig.

One site worth visiting is the ruins of the Temple of Olympian Zeus, which has pillars that are larger and more impressive than those of the Acropolis. Construction on this temple started in the 6th Century BC and completed in the 2nd Century AD. Unfortunately, most of the temple was destroyed by Barbarians shortly after completion, but a few of the massive pillars do remain standing. 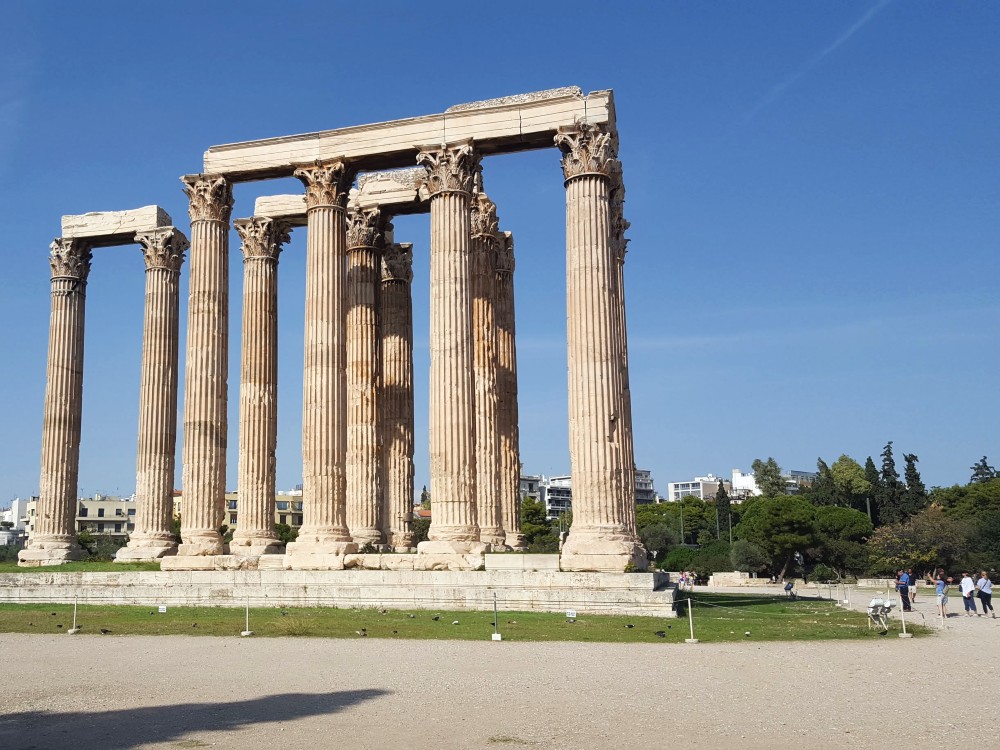 We also found just exploring the Agora of Athens to be a much better overall experience than the Acropolis. While the Acropolis was where the elite of the city would have gone to spend their time and conduct their rituals, the Agora was where the everyday life of the city happened—it's where the markets were, where trade happened, and where ideas were exchanged (ie. where early philosophers would hang out). It's also where the world's first pseudo-democratic institution sprang to life. The word Agora literally means "gathering place" or "assembly," so there's a lot of history buried in these ruins. 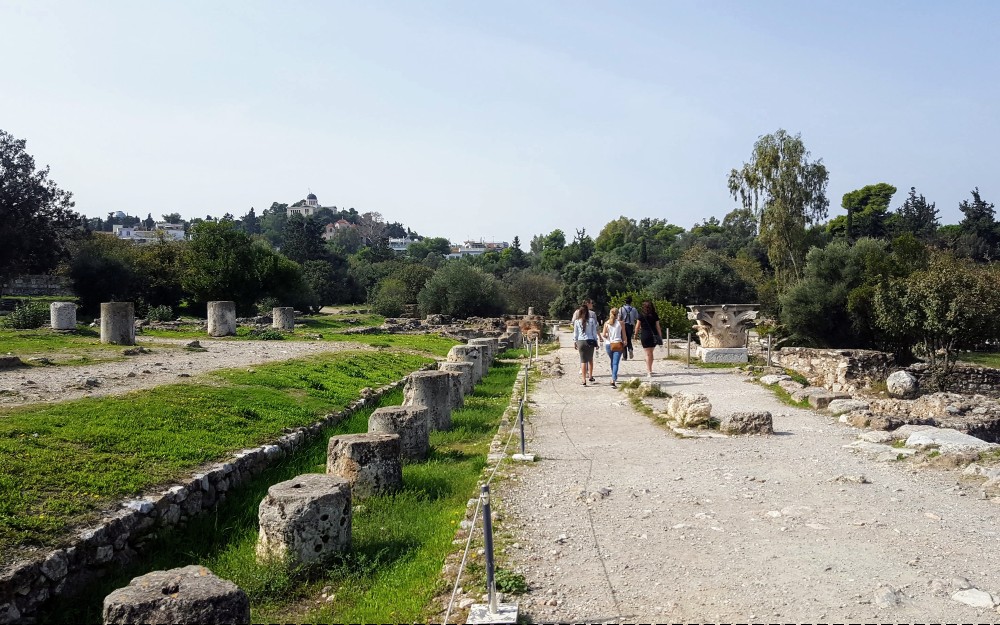 All said, Athens is packed full of historic sites to learn abut. This ancient city has had a gigantic impact on the world—particularly in terms of its institutions and innovations that were later adopted by the Romans and spread throughout Europe and beyond.

We spent four days in Athens exploring the city, and in my opinion it wasn't quite enough—I would gladly go back again and spend more time taking more tours and learning more about the history of this place. I just don't think the Acropolis complex is the crown jewel of what Ancient Athens has to offer, and you'd be better off skipping it and doing something else if you only have a short amount of time in Athens.

In All Farness is a digital publication about world travel. We love going places off of the beaten path, discovering new things, sharing our experiences and occasional misadventures, and striving to better understand this huge world we all share.

As individuals, we're also deeply interested in nature and the outdoors, veganism, and living a healthy and sustainable lifestyle.

Search In All Farness